Innovation in the company: How can auditing contribute?

Every company wants innovations. It is now becoming increasingly important how innovations or an innovation process can be institutionalized, even within large organizations. Agility and mature processes can quickly turn out to be in contradiction to each other however. The art is to combine both through synergy. This is what corporate start-ups – often referred to as excubation – are supposed to do: here, new ideas in the form of start-ups are outsourced by large companies, but the aim is to keep them free of “cumbersome” processes such as accounting, taxes and legal issues, as experts from the founding (large) company already know how to do this well. And is that the solution? Well, it’s not always without its problems! We reveal what the (internal) audit team should pay attention to when it comes to an innovation audit!

An internal problem usually arises when there is only one budget for research and development and spin-offs, meaning that the internal research department may find itself in a situation where it is in competition with the spin-off. In such confrontations, it is usually the spin-off that comes off worse, unless it is a matter that the owner or management of the established company has really taken to heart.

Tip: Give the spin-off its own budget. Separate the budget lines.

If the spin-off is perceived as successful and innovative within the company, the problem may arise that there is a certain brain drain into the spin-off because the best employees then also want to work in the hip, new spin-off. Indeed, such a newly-created “quickbot” can sometimes be a good way of shaking off certain established group or company structures; as a rule, good and agile employees prefer this.

4. Evaluation of the spin-off on the basis of proven KPIs

Tip: Define the structures between spin-off and established company. Create your own corporate culture. Do not try to impose the traditional culture on the spin-off.

Another important point is the long-term orientation and capital resources of the spin-off. This is almost always underestimated, which is surprising if you compare it to the costs of internal development. This is often more than three times the amount, if you include the overheads, etc.. Spin-offs that are to make profits within the next two years and do not require any further financing from the established company are usually wishful thinking. A spin-off should have a runway of at least four years in order to become profitable. The financing can of course be made dependent on the achievement of milestones.

Tip: Provide sufficient capital and plan for reserves. Determine milestones and track the development of the spin-off.

The allocation of resources (premises, employees, use of laboratories, consultants, etc.) between the spin-off and the established company is also often misjudged. This is due to employment law, tax law, corporate law and contractual reasons, which mean it is not always as easy as first thought as one then has to deal with two fully independent legal entities, which have their own separate book-keeping, etc., so that the established company can be considered to be putting assets-in-kind and making donations into the spin-off and laws on temporary employment and the lending of employees may apply

Tip: Think about, clarify and define legal frameworks for spin-off activities right from the outset.

We will present the next 7 reasons in the next blog post. 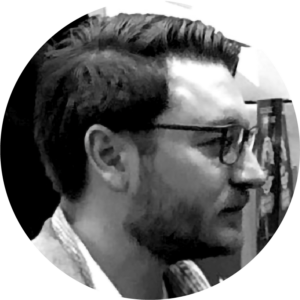 Facebook
Twitter
XING
LinkedIn
PrevVorigerOpen innovation in auditing – is there any such thing?
NächsterInnovation in the company: What could go wrong?Next

What needs to happen to prevent Internal Audit from dying?